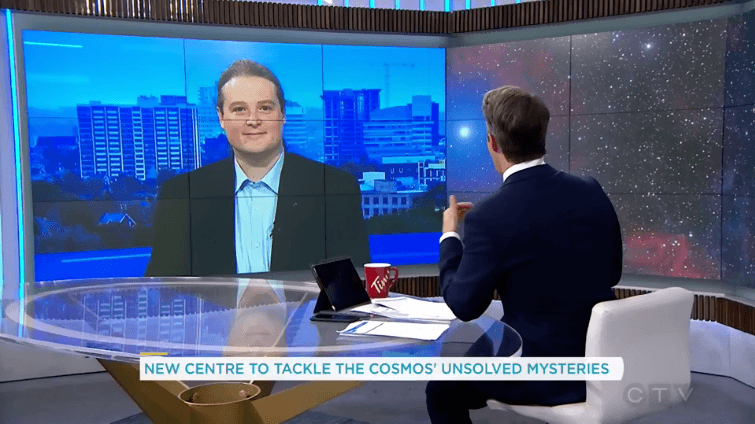 Where did the universe come from? How does it really work? Where is it headed? These are some of the oldest questions in humanity, and they remain at the forefront of cutting-edge science.

Ultimately, says Perimeter researcher Avery Broderick, scientists ask these big questions in pursuit of “one beautiful theory” that explains the workings of the entire cosmos.

It’s an ambitious goal, to be sure, but one that will result in many profound discoveries along the way. Broderick, who leads Perimeter’s Event Horizon Telescope Initiative (part of an international effort to snap humanity’s first image of a black hole), explained the motivations behind such research during a recent interview on CTV’s Your Morning with host Ben Mulroney.

Find out more about Perimeter’s newly launched Centre for the Universe, which will bring together top scientists from around the world to tackle the deepest puzzles of the cosmos.