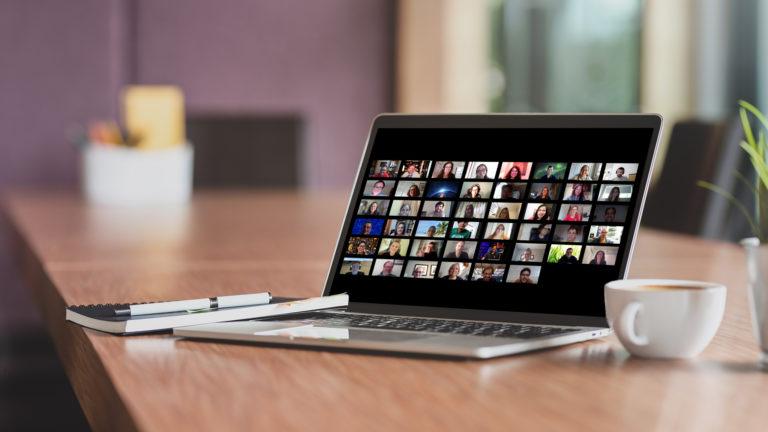 A researcher mysteriously disappears, along with the secret launch codes for a new networking satellite. A group of schoolteachers stumble across the missing scientist’s private journal, which is filled with cryptic notes and possible hints as to her whereabouts. They work together at top speed to solve clues whose secrets appear to be connected to the world of particle physics.

“In her journal, there were little touches like sticky notes placed at very specific angles,” says Hayley McKay, a science teacher at Sundre High School in Alberta, who was involved in the incident. “We got a tip about how an anti-quark related to one of those angles, and we were able to work backward from there to get closer to figuring out what happened.”

This escape-room-esque mystery, “Igniting the Orbitron,” was one of the most popular exercises at this year’s Online Teachers’ Camp. Part of Perimeter’s educational outreach activities, the camp helps teachers like McKay from across Canada and around the world hone their abilities to engage students with the latest ideas in theoretical physics.

The online camp evolved from EinsteinPlus, an annual in-person camp that typically draws 40–50 teachers to Waterloo each year to collaborate and learn in person. The workshops moved online during the pandemic, a transition that came with some side benefits, including making it easier for people to participate from abroad.

“You had so many intellectual minds connecting from around the world. It was amazing, and also intimidating at first,” McKay says. “But by the time we got to the last session, I didn’t want it to end.”

Sessions focused on challenging subjects, ranging from black holes to wave-particle duality. Experts gave talks to bring teachers up to speed on the current state of science, while physics teaching experts encouraged exploration of hands-on physics activities, teaching tools, gadgets, and pedagogical strategies designed to make these ideas relatable and accessible for students.

“Programs like the Online Teachers’ Camp and EinsteinPlus create a direct pipeline for emerging scientific ideas to enter into the imaginations of millions of young students,” says Perimeter’s Tonia Williams, one of the event’s organizers. “We want participants to head back into their classrooms feeling confident and excited about what they have to teach.”

A network of support

McKay studied chemistry and biology in university before becoming a teacher. She originally came to Sundre High to fill in for Ryan Beck, a beloved astronomy and physics teacher, a Perimeter Institute Teacher Network Regional Coordinator, and the Canadian Association of Physicists’ 2020 Teacher of the Year. On the same day he received that honour, Beck also learned that he had terminal cancer. When he could no longer teach, McKay became his replacement.

Beck introduced McKay to Perimeter’s educational outreach materials, which led her to attending the Online Teachers’ Camp. She wanted to build her comfort and confidence with physics so she could pass on that enthusiasm more effectively to her students.

“In Grade 10, physics is the class everybody dreads. It can be hard to teach. You can get stuck on the math, but physics is more than math,” she said. “The facilitators were so willing to support people at any level of understanding. And because we were online, we had a virtual chat going where we could get explanations and clarifications while the talks were happening.”

Camp participants will have ongoing access to activities like “Igniting the Orbitron,” which provide engaging, fun entry points into theoretical physics. But McKay also sees many other ways that the camp will continue to help her grow as a teacher.

“They are so brilliant, and their lesson plans and resources are honestly fail-proof,” she says. “And at the end there was a document we could all fill out to keep in touch with each other. A few teachers are travelling in the next couple of years, so we may meet up in person. Everybody was so friendly, and making contacts with other teachers from all over the world was absolutely amazing.”

Special thanks to the Power Corporation of Canada and the Bosch Community Fund for their support of Perimeter’s teacher programs.