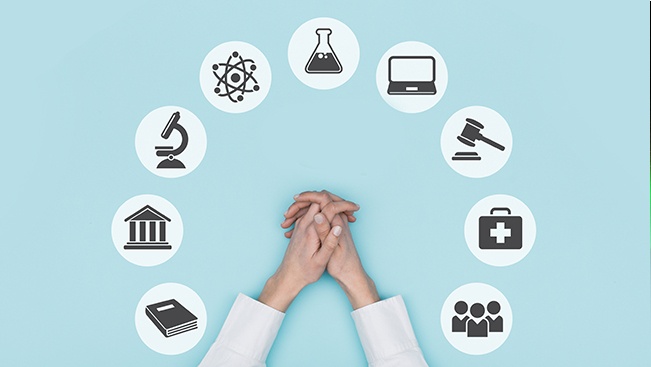 So you think you love physics. But can you make a living at it? And find fulfilment in your work? Students at Perimeter recently participated in two events that gave them the opportunity to meet with industry insiders, academics, and researchers whose experiences suggest a resounding “yes.”

The events were part of Perimeter’s ongoing Trajectories initiative, which supports students and postdoctoral researchers at every stage of their training and career path.

Career Trajectories Virtual Speed Networking matched students one-on-one with over a dozen mentors currently working in quantum technologies and machine learning, in workplaces from start-ups to large, established tech companies and the Government of Canada.

Keynote speaker Stefan Leichenauer received his PhD in high energy theoretical physics at the University of California, Berkeley, followed by postdocs at Berkeley and the California Institute of Technology. He was on the job market for a few months before he found the right opportunity, when he met his current boss at a physics conference. He is now a research scientist on the [email protected] team, working at the intersection of physics and artificial intelligence.

Originally, he told the students, he was academically minded and planned on becoming a professor, partly because he hadn’t been exposed to the non-academic world during his decade of training.

“I liked math, I liked physics, I liked knowing how things worked, and all of that is still true,” he said. But as time went on in academia, “I learned a bit about what I didn’t like, and it would have been nice to know something about an alternative.”

“Coming from an abstract physics world, part of the challenge that I saw is showing people outside academia the skills that you have.”

“If you want to hit the ground running, then you need to think about preparing a resume that’s going to be attractive to people in that world.”

“Code, code, code. Work on open-source projects. Learn as much machine learning and AI as you can. Having those kinds of things in your experience will definitely give you a leg up.”

“This does not have to come at the expense of learning physics, especially at Perimeter Institute.”

“Open-ended exploration is not something that’s really the right thing for the private sector – the motivations are different, the planning is different, things seem to move much faster, and they’re organized in a different way.”

“You have to experience it firsthand to decide if it’s the right thing for you or not.”

Leichenauer encouraged students to explore the many internship opportunities available, including at [email protected].

Perimeter students and postdocs are encouraged to explore their options in industries such as technology and finance, but if academia is the preferred career path, there are many different options.

At the Career Paths in Academia virtual event, physicists in various stages of academic careers offered up their best tips on getting a position you love – and succeeding at it. From small colleges to large universities and prestigious research institutes, academia offers a wide range of career types.

Béatrice Bonga on applying for and getting a position

Béatrice Bonga is an Assistant Professor at Radboud University in the Netherlands, and a former Perimeter postdoctoral researcher. Her research focuses on foundational questions in general relativity and predictions for future gravitational wave observatories.

“Always question whether you really want this.… You may not be happy in an academic role. Always keep evaluating.”

“Don’t underestimate yourself. You should not be shy, and apply to any place where you actually would like to be. Don’t apply to places where you don’t want to go.”

“Make sure your CV is always ready. Timing is important.”

Brian Shuve on the benefits of working at a smaller college

Brian Shuve, a former Perimeter postdoc, is now an Assistant Professor at Harvey Mudd College, an undergraduate-only institution specializing in science and engineering. His research focuses on the early universe, based on discoveries made at high-energy colliders such as SLAC and CERN.

“You’re working closely with students, both inside and outside of classes, helping students when they’re struggling.”

“We do, of course, do research. A lot of that is with undergrads… so that’s going to change the scope and style of the research that you do. But it’s still impactful.”

“Ironically, because there’s less research pressure… I get to do what I want to.”

“You might be the only theorist. It’s really important to build and maintain a network elsewhere.”

David Tong on the joy and importance of teaching

David Tong is a theoretical physicist at the University of Cambridge and a fellow of Trinity College, who is widely known for his freely available lecture notes. His research has touched on various aspects of quantum field theory, from cosmology to condensed matter.

“There’s this idea that for a lot of academics that teaching is a chore that takes you away from your research.… I’m not sold on that premise. My experience is that many academics greatly enjoy teaching and put a lot of effort into it.”

“I think it will make you a better physicist. Every time I’ve taught a course, I’ve learned something. You really understand the subject better when you teach it.”

“It seems obvious, but for many places, research is central before you get a faculty job. But once you get it, teaching is the most practical [skill].”

Theo Johnson-Freyd is a former postdoc and recently appointed Associate Faculty member at Perimeter, cross-appointed with Dalhousie University. His research focuses on homotopical physics and the interplay between mathematical physics and higher algebra.

“Work on hard problems, but also work on whimsical problems. Have a project that you enjoy, and is fun, and gives you a place to be creative.”

“Diversity is part of being an excellent researcher. Talk to people. Share your ideas. Don’t be rude. Talk to friends of friends. You will learn more from people who are not your friends or close colleagues.”

Miriam Diamond on the link between theory and experiment

Miriam Diamond is an Assistant Professor at the University of Toronto and a faculty member of the Arthur B. McDonald Canadian Astroparticle Physics Research Institute. A graduate of the Perimeter Scholars International program, her primary areas of research are dark matter and neutrinos. Much of her experimental work is conducted with SNOLAB in Sudbury.

“There’s been a divide between experimental work and theory, but … I emphasize, as a grad student and postdoc, you should try to get some experience in what is typically viewed as ‘the other side of the wall.’”

“My theoretical training is really valuable, because I can read these papers that come out – about these somewhat bizarre, esoteric dark matter models – and actually understand what signatures they are supposed to produce.”

“Have some flexibility around what your research goals are, or your pet theory or favourite model to work with is. These things can change quite quickly. We have our ideas of what’s beautiful and what’s elegant and what’s cool – but nature can completely disagree with us, and nature always has the final word.”

Remarks have been edited and condensed for clarity. 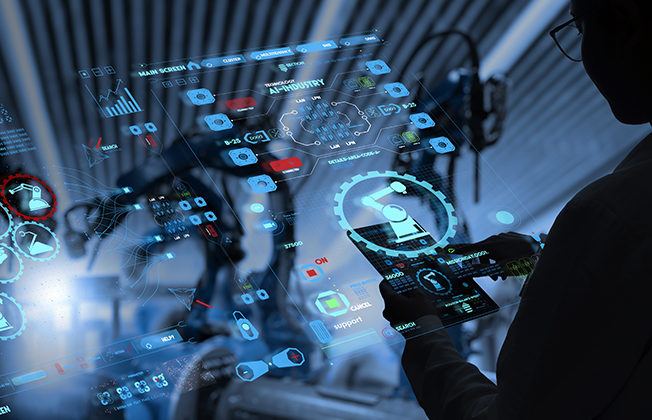 The interests of fundamental researchers and tech companies are not so far apart.