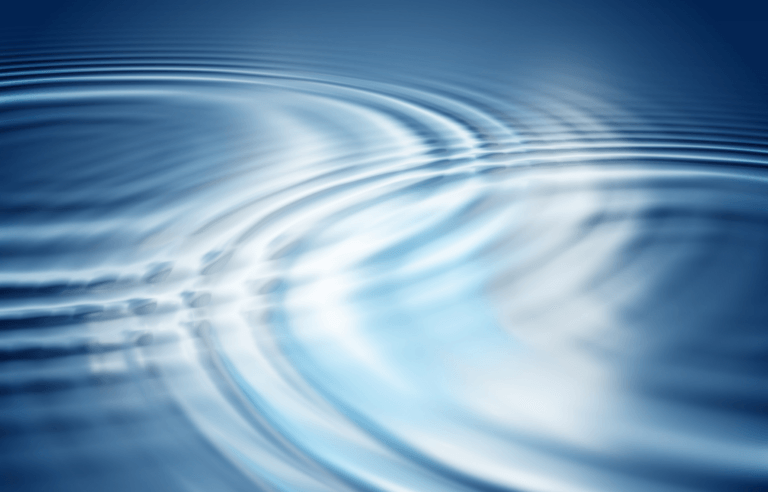 Spacetime! The fabric of the universe. Einstein’s big insight was that space and time are parts of the same thing, called spacetime, and that spacetime can curve and stretch and squeeze.

You can picture spacetime kind of like a trampoline. If you stand on the trampoline, it stretches and sags under you. If you then throw a bunch of marbles on there, they will all roll toward you. In the same way, something heavy – say, the Earth – makes a big dimple in the fabric of spacetime, and little things roll down the sides of that spacetime dimple and end up on the Earth’s surface. General relativity tells us that’s what gravity is: a kind of dimpling in the stretchy fabric of spacetime.

Now imagine that instead of just having something heavy resting on a trampoline, you have something heavy moving on a trampoline. For instance, put a bowling ball in the middle, and then bounce it up and down – it sends little wobbles of disturbance out. If there are marbles sitting peacefully on the edge of the trampoline, they’re going to move up and down too, just a little, as the wobbles pass. Those wobbles are like gravitational waves.

Why can’t we feel them?
We can’t feel gravitational waves because the effects are too small. Since the universe is quite a bit bigger than the average trampoline, it takes an enormously powerful bounce to make wobbles that we can just barely detect with the very best instruments.

LIGO detected the collision of two black holes, which “bounced” spacetime with the power of all the stars in the universe put together, then multiplied by 50. And even with a bounce that size, the effect of the wobble here on Earth was much, much smaller – a hundred trillion times smaller – than the width of a piece of paper.

So the trampoline of the universe is big, and compared to it we are very tiny, but nevertheless, we’re bouncing.