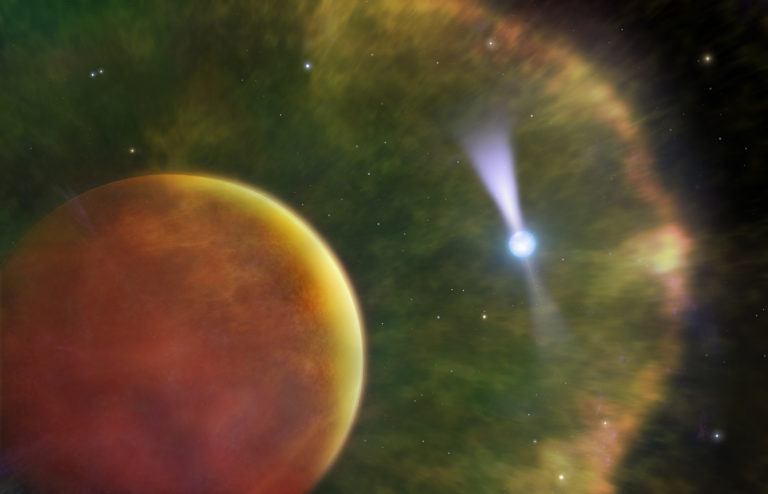 A cannibalistic dance between a superdense neutron star and its brown dwarf partner has revealed the most precise and striking images of a pulsar in history.

The binary system, located approximately 6,500 light years away, effectively creates a magnifying glass through which a Canadian research team could create the historic observation with unprecedented precision.

Being able to view the individual emissions on the pulsar’s surface “is like being able to see a flea on the surface of Pluto from here on Earth,” said lead author Robert Main, a PhD student at the University of Toronto.

The team observed the binary system of a pulsar (a rapidly rotating neutron star that beams radiation from its poles) and its cooler brown dwarf companion. As the two stars orbit one another, the intense radiation from the pulsar strips material from the brown dwarf, which trails behind it like a cometary tail of plasma. (Eventually, the pulsar might irradiate away all of the brown dwarf’s material, earning it the nickname “Black Widow.”)

The stars are aligned in such a way that, from our view on Earth, the pulsar is eclipsed by the brown dwarf’s tail as they dance in their orbits. As the pulsar exits the eclipse, it passes behind the plasma, which acts like a magnifying glass and allows observers to pick out individual emission regions on the pulsar. (Read more about the observation via the Dunlap Institute.)

“The effect is analogous to gravitational lensing,” explains Perimeter Associate Faculty member Ue-Li Pen. “If you have perturbations in your medium, it can cause light to bend, and to lens multiple images, to magnify, and to change shape.”

Though gravitational lensing is a well-established observational technique, this is the first time that plasma lensing has been used to make an observation with such precision.

The result may also help shed light on fast radio bursts – a mysterious set of brief, bright signals, the sources of which astronomers have yet to definitively identify. Only one fast radio burst has been known to repeat itself. Its bursts show remarkable similarity to the amplified pulses observed on the lensed pulsar, suggesting that perhaps the repeating burst is lensed by plasma in its host galaxy.

Pen hopes that plasma in the interstellar medium – the gas that fills the void between stars – can be used to lens more pulsars in the future. Harnessing the power of plasma lensing would not only help researchers better understand the physics of neutron stars and ionized gas but could also have repercussions for gravitational wave astrophysics and beyond.

Lensing can be used to obtain accurate distances to pulsars, which would be a boon to a method in gravitational wave astrophysics known as “pulsar timing arrays.” Using this technique, pulsars act like a sort of natural telescope: their precise, regular emissions are scanned for any anomaly that could indicate interactions with gravitational waves.

Gravity beyond 100: Lifting the veil of the universe 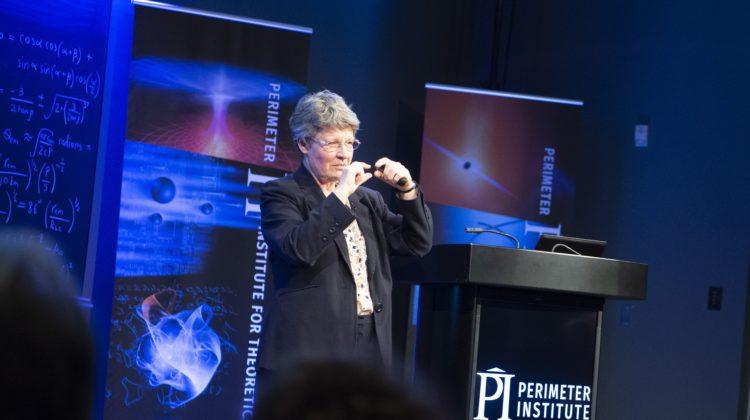 Pioneering astrophysicist Jocelyn Bell Burnell isn’t one to stand back from a challenge, whether it involves analyzing data, tackling sexism, or leading change within science itself.