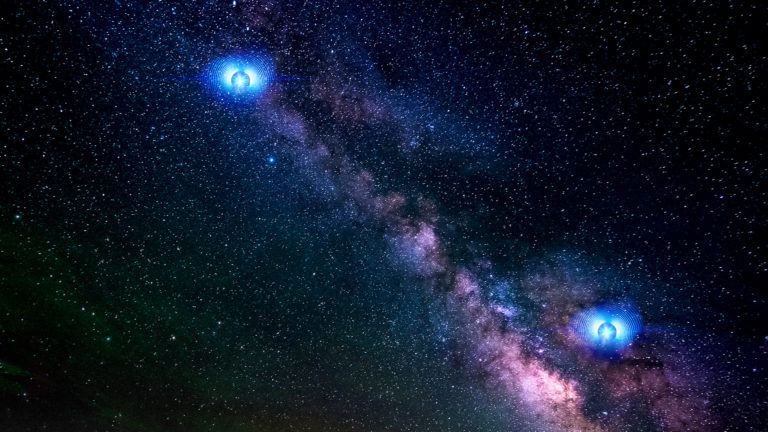 Since they were first detected in 2007, astronomers have been puzzling over the cause of powerful intergalactic pyrotechnics, known as “fast radio bursts” (FRBs). This bafflement stemmed, in part, from a lack of sources to study: between 2007 and 2018, only a couple of dozen FRBs were observed.

Most seemed to be one-off explosions, leading researchers to believe they were caused by cataclysmic events like the death of a star or the merger of two black holes. One burst, however, repeated. That suggested at least some FRBs are formed by a less destructive mechanism.

But what are they? That question remains unsolved, but perhaps not for much longer. In early 2019, the Canadian Hydrogen Intensity Mapping Experiment (CHIME) – a radio telescope in British Columbia – announced the unprecedented detection of 13 new flashes, including another repeater.

Still, theories abound as to what causes FRBs. Here are 10 theories – some plausible, some wild – about the origins of these cosmic light shows. 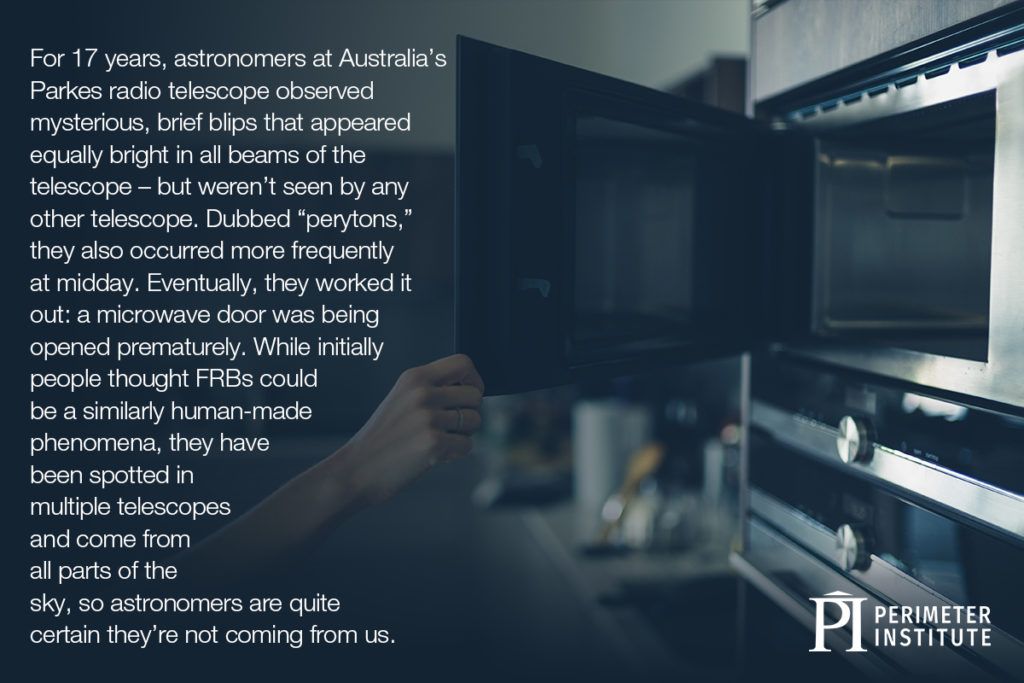 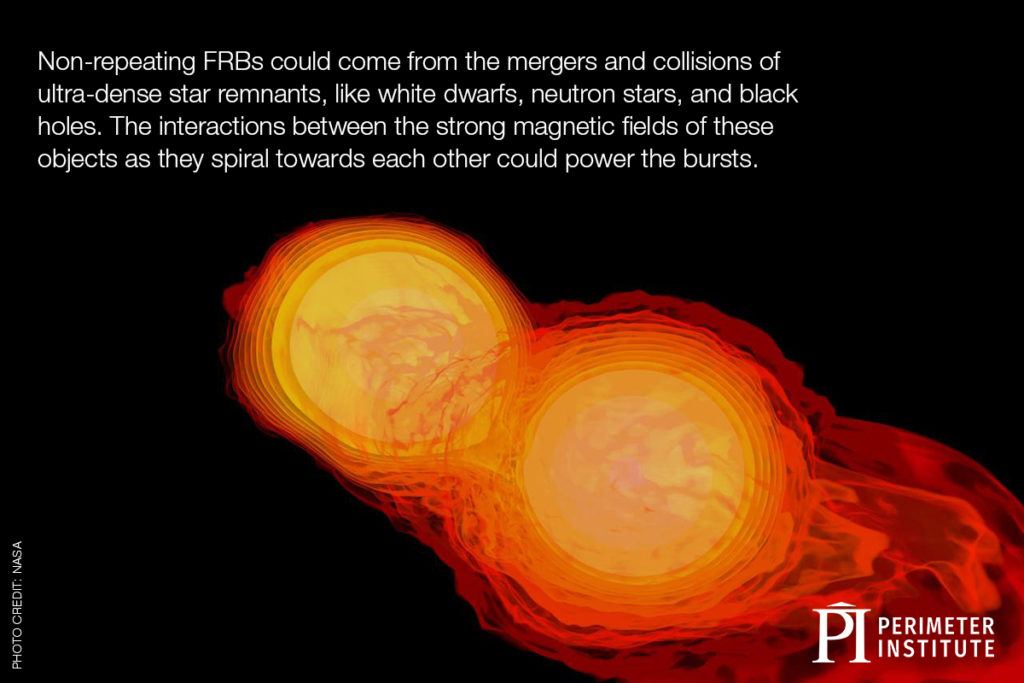 3. Collisions between neutron stars and asteroids 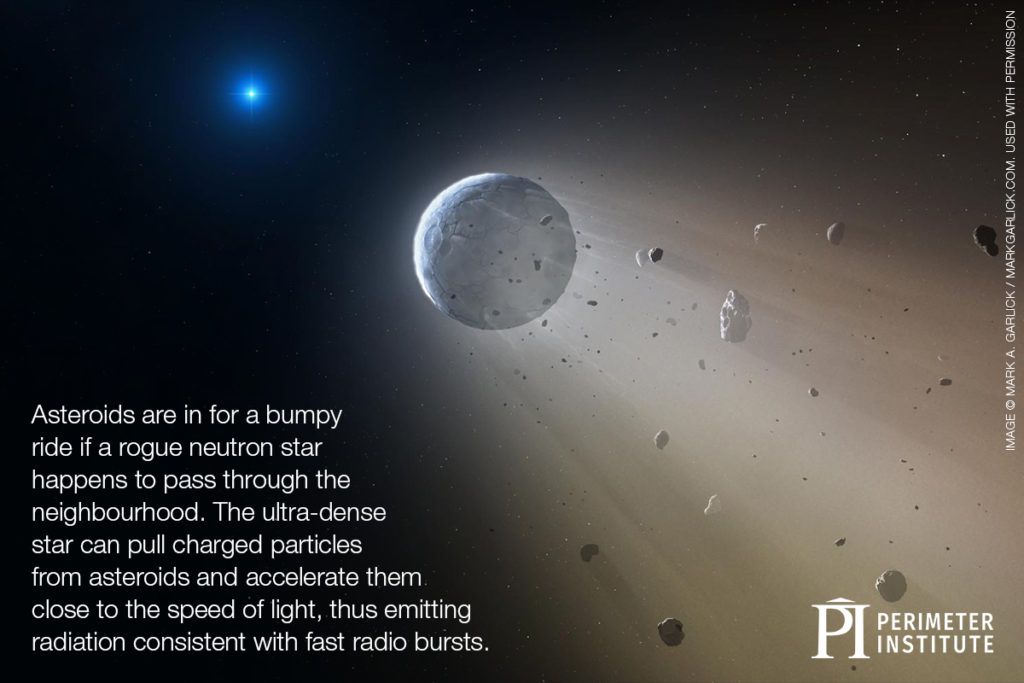 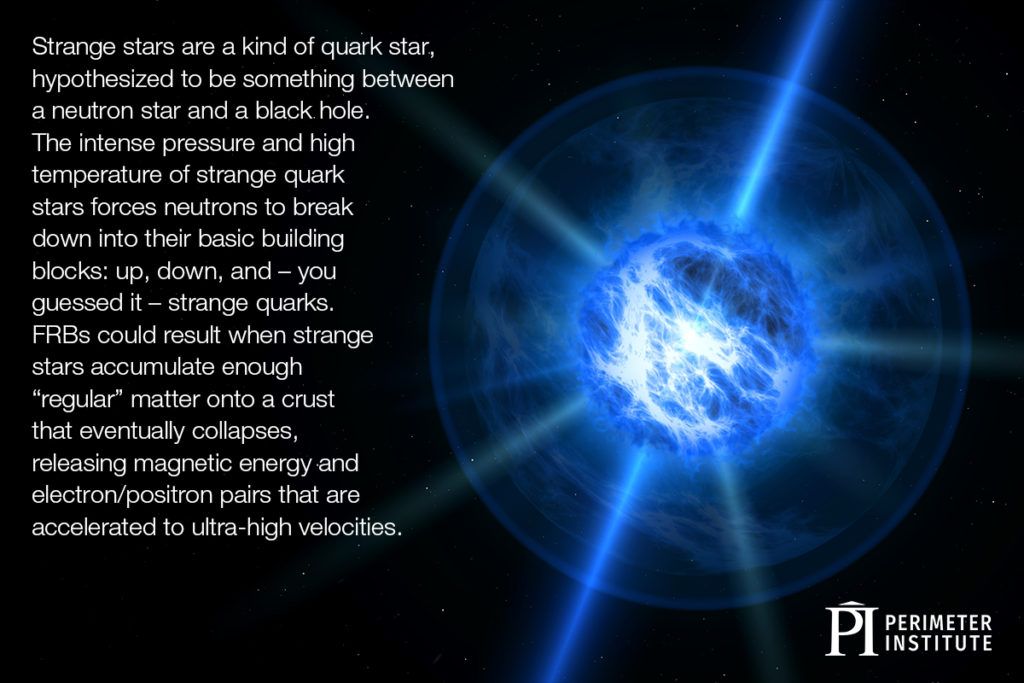 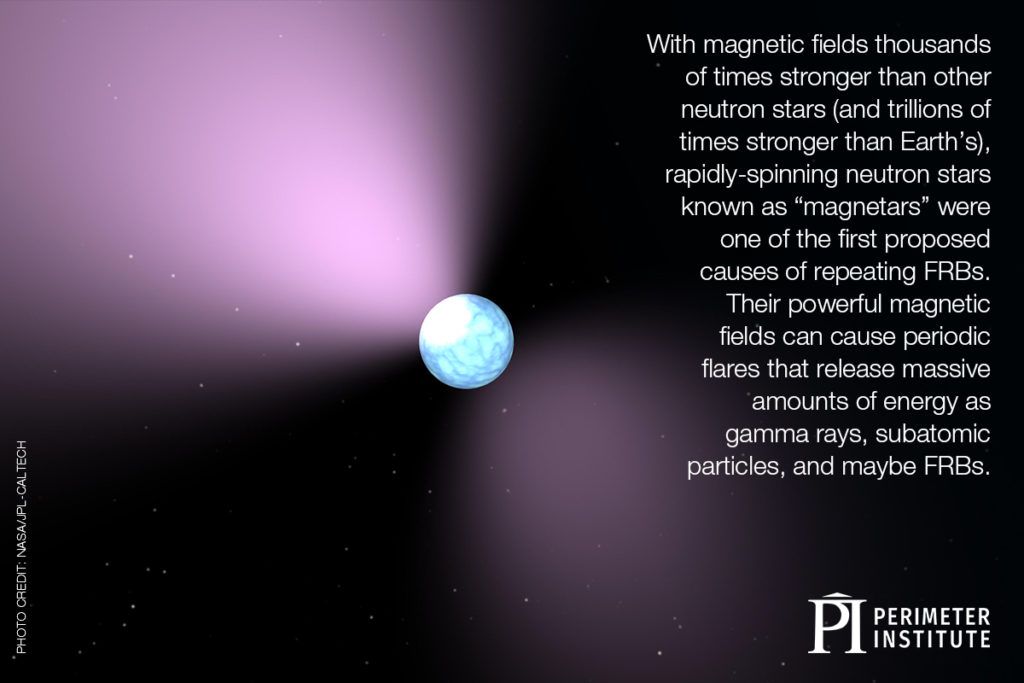 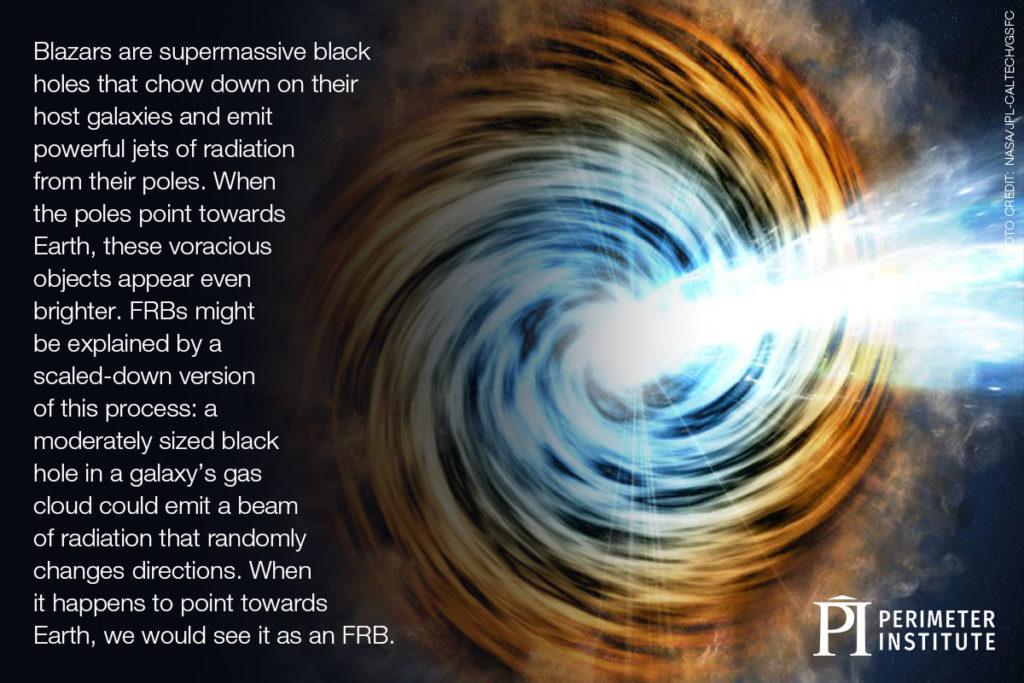 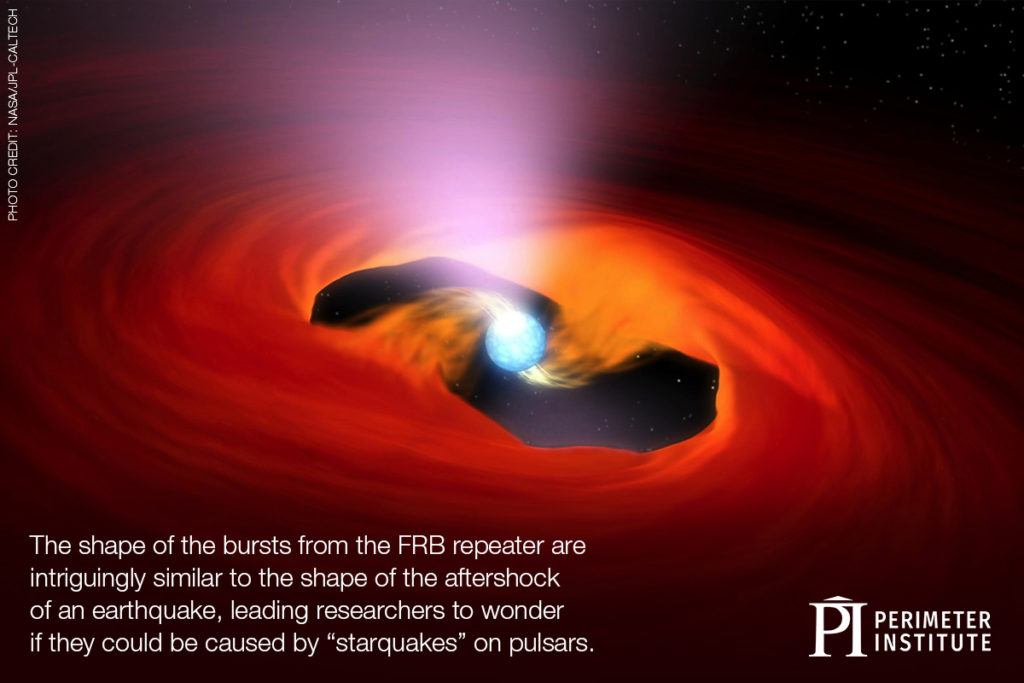 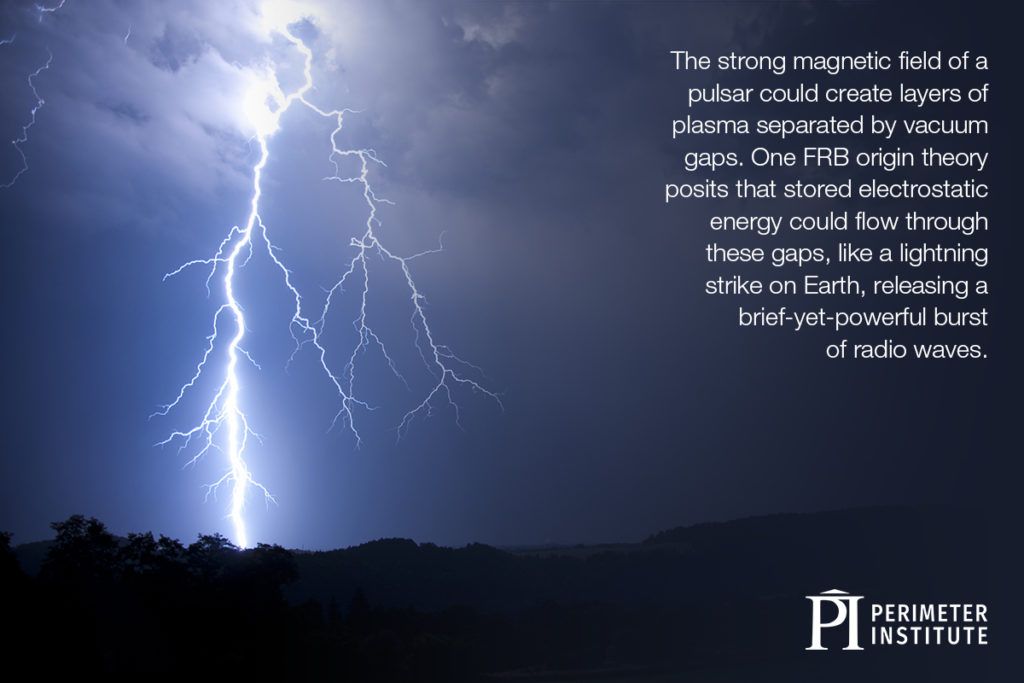 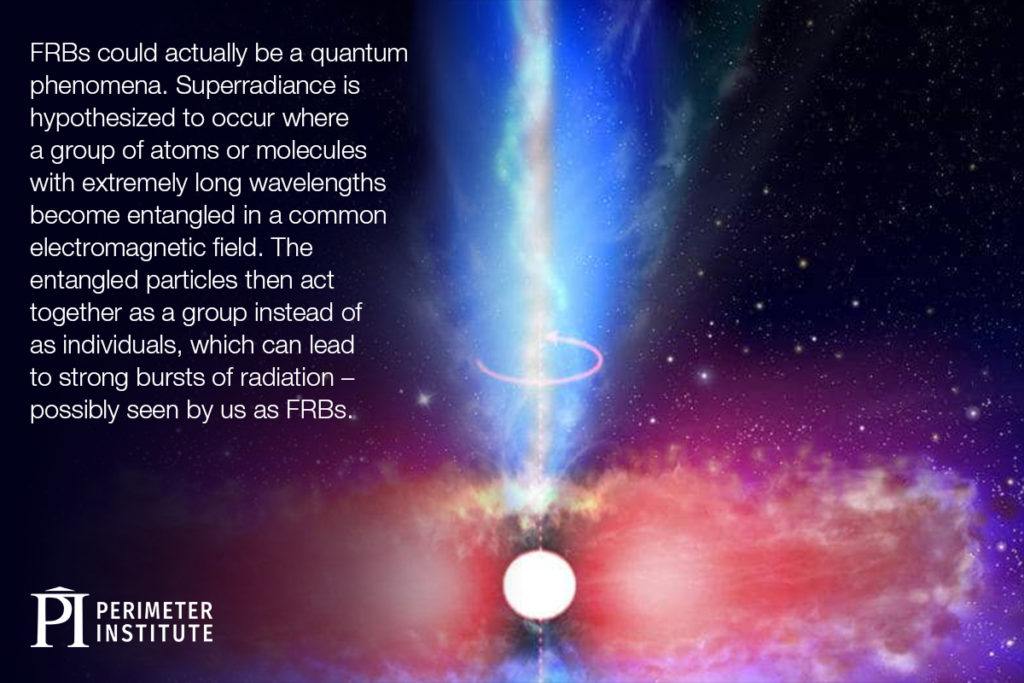 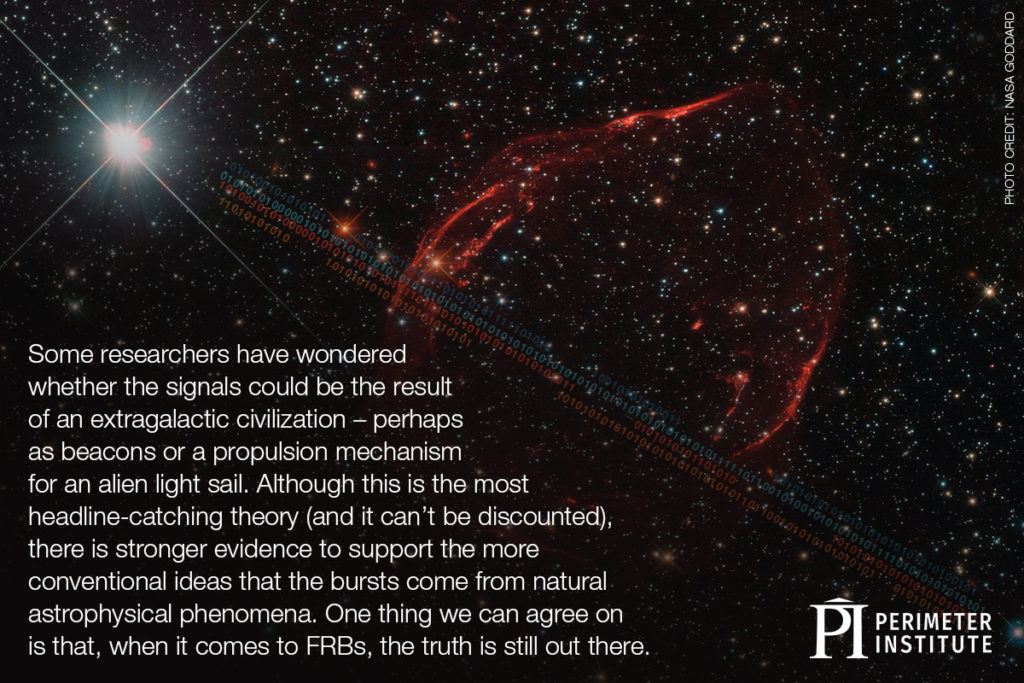