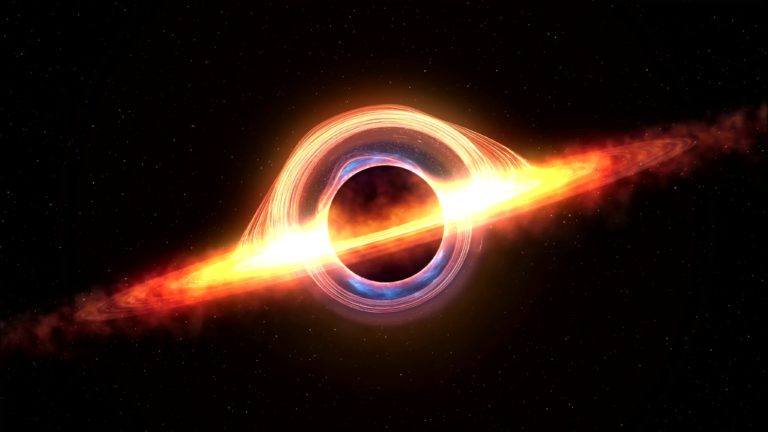 by Eamon O'Flynn / Perimeter Institute for Theoretical Physics
on Mar 29, 2017

Can we use black holes to discover new particles that might help explain dark matter? A team of researchers at Perimeter Institute think so.

“The basic idea is that we’re trying to use black holes… the densest, most compact objects in the universe, to search for new kinds of particles,” Masha Baryakhtar, postdoctoral researcher at Perimeter, told Gizmodo‘s Ryan Mandelbaum.

The research, originally published in Physical Review D, argues that if axions — hypothetical particles theorized as possible components of dark matter — are real, black holes might be the key to finding them. The process of superradiance, which supercharges the space around black holes to generate huge numbers of axions, could actually create ripples in spacetime like those detected by the Laser Interferometer Gravitational Wave Observatory (LIGO) in 2015.

At a particular frequency, we should be able to “hear a gravitational wave hum from these axions moving around,” Mandelbaum writes.

Read the whole article on Gizmodo.