When dozens of telescopes turned to focus on a source of gravitational waves detected by LIGO-Virgo, the rich array of information they gathered marked the beginning of multi-messenger astronomy.

It came. We saw. Science conquered.

When the LIGO-Virgo collaboration detected a gravitational wave with a telltale signature on August 17, they sent an urgent alert to 70 telescopes around the world to focus on a patch of sky 130 million light years away in the Hydra constellation.

It appeared that two neutron stars – the first at 1.6 solar masses, the second at 1.1 solar masses, each packed into regions more compact than an average city – had just collided (or, rather, the stars had collided 130 million years ago and the ripple effects were just now reaching Earth).

Astronomers turned their telescopes toward the area in real time, and over the following several days were able to record all of the cosmic reverberations from the collision, from gamma-ray bursts right down the spectrum to radio waves.

It was the first time such rich information had been gleaned from such a distant and violent cosmic event – something that had been predicted by theory but only achieved thanks to cutting-edge apparatus and international collaboration. The successful measurement means the era of multimessenger astronomy has arrived.

The announcement on October 16 came less than two weeks after the LIGO collaboration was awarded the 2017 Nobel Prize in Physics.

The multimessenger detection is something Perimeter Institute strong gravity researcher Luis Lehner has long been anticipating, and which he says will reshape how we explore the universe. “You actually get to ask questions about our universe in gravitational and electromagnetic waves,” he said.

The information that comes from those combined observations will not only impact astrophysics, but will also allow researchers to probe fundamental questions about the nature of gravity and the most energetic events in the universe.

“It’s opening the door to amazing physics,” he said. “This is all just the beginning – the very first event. To have, in the first event, everything come out like this, it’s just very exciting.”

All eyes on the sky

The collision first sent out gravitational waves – ripples in the fabric of spacetime – and then generated a tremendous amount of heat, which translates into electromagnetic photons that propagate at different frequencies.

France Córdova, director of the US National Science Foundation, said the gravitational wave signal was picked up on August 17, first at Virgo in Italy and then at LIGO’s two detectors in the US. When Virgo did not see a signal of similar magnitude as the LIGO detections, it was clear the event was close to one of Virgo’s blind spots. That allowed astronomers to work out the origin point more closely.

They sent out an alert – which reached Julie McEnery, a project scientist at NASA’s Fermi Gammy-ray Space Telescope, about half an hour after that observatory had recorded a gamma ray burst.

“This burst has an interesting friend,” the initial email said. A few minutes later, Fermi received a formal report. “And with this started the most exciting morning of the nine-year Fermi mission,” McEnery said during the official announcement of the collaboration’s findings.

They quickly realized that, together, the detectors had confirmed predictions of neutron star collision.

“With these observations, we’re not just learning what happens when neutron stars collide. We’re also learning something fundamental about the nature of the universe,” she said.

“The gravitational waves and the gamma rays travelled across the universe together for 130 million years and arrived two seconds apart. That tells us they are both travelling at the same speed, as predicted by Einstein.”

Seventy telescopes – 63 on Earth, located on every continent, and seven more in space – turned towards the origin zone to watch the event in process.

David Reitze, Executive Director of LIGO, said binary neutron stars had been predicted decades ago. “We knew we would see them,” he said. “This is the first time the cosmos has provided for us what I would call a talking movie. The audio is the chirp of the neutron stars as they are colliding, and the video is basically the light that we see after the collision.”

“Connecting these electromagnetic events, which we have been following for a long time, to what happens at the inner core of the engine is just amazing,” he said. “It’s mind-boggling.”

Today’s announcement also has very down-to-Earth ramifications. Observations made by the US Gemini Observatory, the European Very Large Telescope, and the Hubble Space Telescope show that neutron star collisions could also be an engine for producing heavy materials. The observations show signatures of recently synthesized material, including gold and platinum, solving a decades-long mystery of where about half of all elements heavier than iron are produced.

Reitze held up a gold fob watch as he explained the findings. It had belonged to his grandfather, he said. “The gold in this watch was probably created in the collision of neutron stars billions of years ago.” 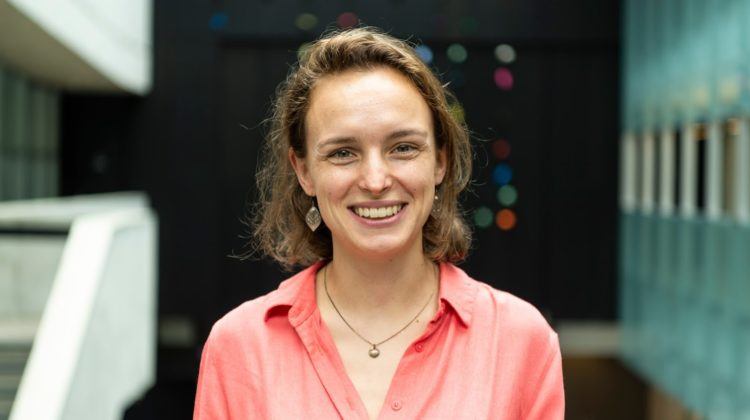