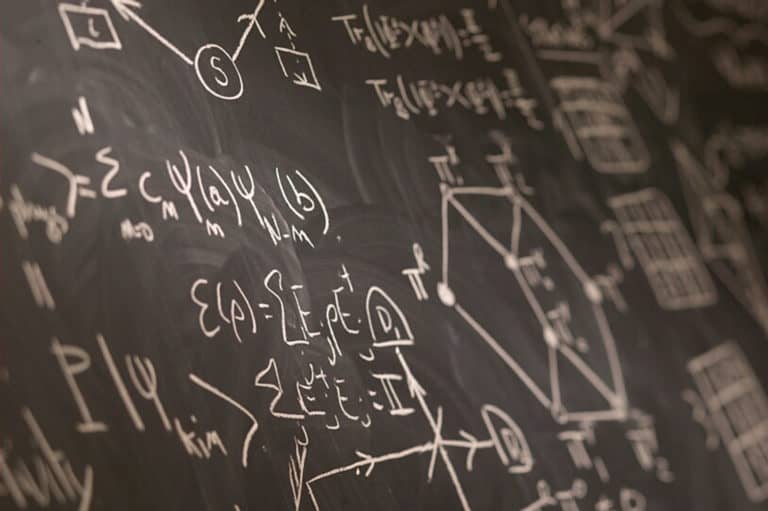 While everyone is keeping safe physical distance from one another, Perimeter researchers, students, and outreach teams continue their work.

Here are some highlights, from black holes to Zoom backgrounds to the end of the universe.

“This is the beginning of us making movies of black holes,” said Perimeter Associate Faculty member Avery Broderick when he and fellow researchers from the Event Horizon Telescope collaboration conducted the highest-resolution measurements yet of quasar 3C 279. The team used the same interconnected global array of telescopes that captured the first, iconic image of a black hole in 2019. Read more and see the high-resolution images here.

In Lucien Hardy’s vision of quantum gravity, causal structure can vary, and therefore can be indefinite. “Suddenly you’re in this wildland,” says Hardy, a Perimeter Faculty member. “What’s before and what’s after is no longer definite.” Read more about his new Einstein-inspired proposal.

Professor Claudia de Rham, a theoretical physicist at Imperial College, London, received the Blavatnik Award for Young Scientists earlier this year for her groundbreaking work on the theory of massive gravity. De Rham was formerly a postdoctoral researcher and Simons Emmy Noether Fellow at Perimeter, and is currently a Visiting Fellow. Read more about her latest achievements in The Guardian.

For Perimeter International Scholars (PSI) grad Ciarán Gilligan-Lee, the potential for theoretical physics to tangibly improve healthcare was so evident that, a few years ago, he staked his career on it. Read more about how a quantum physics tool could save lives, and Gilligan-Lee’s research with med tech Babylon Health.

Spacetime “echoes” from black holes could help scientists confirm what really happens at the event horizon of black holes, according to work led by Perimeter Associate Faculty member Niayesh Afshordi and his colleagues. Read more about his recent work on Motherboard.

In May, astrophysicist and Simons Emmy Noether Fellow Katie Mack (best known on Twitter as @AstroKatie) kicked off Perimeter’s re-imagined Public Lecture Series for a physically distanced world. In a live webcast, Mack explored end-of-the-universe theories from her upcoming book, The End of Everything (Astrophysically Speaking). Get free access to the full video here.

Earlier in her six-month stay at Perimeter, Mack also explored her path from childhood to a thriving career in theoretical physics with 200 high school students at the Institute’s Inspiring Future Women in Science event. In her talk to the students, Mack explained her path to science, from taking apart the remote control as a youngster to later reading Stephen Hawking and doing a high-school internship at a neutrino detector.

Students at every level, from preschool to grad school, are now learning online. Perimeter’s outreach team is offering online professional development for STEM educators to help with strategies and provide activities on the latest physics topics. Check out the free upcoming workshops and register here. Please share with the teachers in your life, and note these workshops fill up fast!

Mackenzie Pereira was running on a trail when it hit her: the planet was functioning as a treadmill. That flash of insight sparked a journey that landed the Canadian student, also the 2019 recipient of the Luke Santi Memorial Award, in the undergraduate physics program at McGill University. Read more about Pereira’s experience.

You’ve got yet another Zoom meeting, but piles of laundry or yesterday’s dishes are visible in your home office. What to do? We can help! Download these free physics-themed Zoom backgrounds to hide your mess and celebrate science in your meetings! 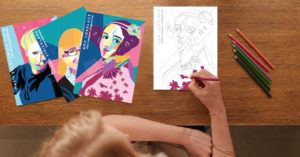 Whether you’re into colouring for adults, or looking for a crafty project for the kids, our new colouring pages (based on our popular “Forces of Nature” posters that celebrate women in science) are ready to go. Get them here, and share your vibrant creations on social media.

From the archive: “A lot of what I do is under the banner of putting science back into the culture where it belongs, rather than having it sidelined as a special interest group.” Check out this 2019 public lecture by Clifford Johnson as he talks about explaining complex questions in the world of physics through the medium of a graphic novel. Johnson, a professor at the University of Southern California, has also been a science advisor for many TV shows and movies, including Marvel’s Agent Carter, Thor: Ragnarok, and Avengers: Infinity War.