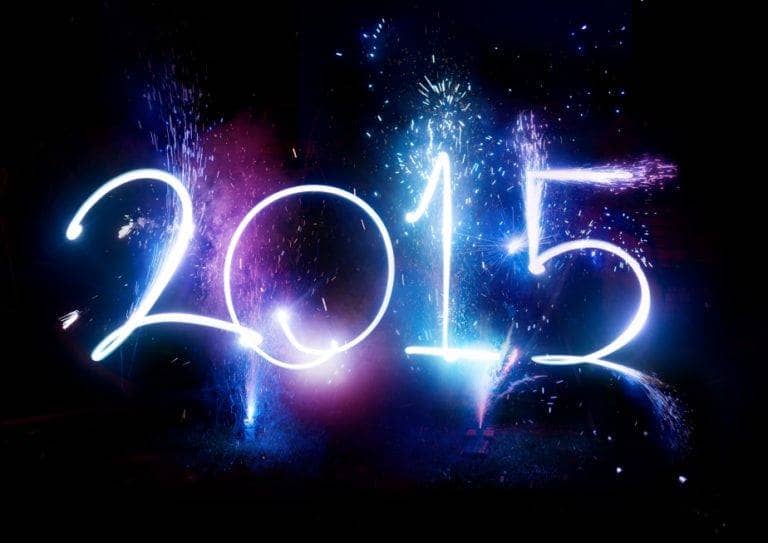 The year began with a shower of photons over Paris as the United Nations launched the International Year of Light and Light-based Technologies. Perimeter celebrated with 20 illuminating and enlightening facts about light:

The HUNT is ON

February brought a reminder that not every breakthrough is as it seems. Previously, researchers behind BICEP2 had revealed what they believed to be the first evidence of primordial gravitational waves. But that evidence turned out to be, after closer inspection, cosmic dust. “Science is a self-correcting process,” noted Perimeter Institute Director Neil Turok.

Yet the search for gravitational waves – one of the remaining unproven aspects of general relativity – continues apace: Advanced LIGO went online this year, and the European Space Agency launched the LISA Pathfinder, expected to test components for a potential sky-based gravitational wave detector in the future. (In an unexpected aside, Perimeter Faculty cosmologist Latham Boyle was puzzling over a better way to design a gravitational wave experiment when he might just have come up with a new form of crystal.)

Women have often been overlooked in the history of physics, so Perimeter extended its Emmy Noether Initiatives to include a special Slice of PI honouring some of the amazing women – from Hypatia to Hedy Lamarr – who have made huge contributions to science for International Women’s Day in March.

A week later, it was a once-in-a-century event: “Super PI Day” arrived as the calendar turned to 3/14/15. To mark the occasion, Perimeter teamed up with science comedian Matt Parker for a “Pi Smackdown at PI.”

Opening NEW Windows to the Universe 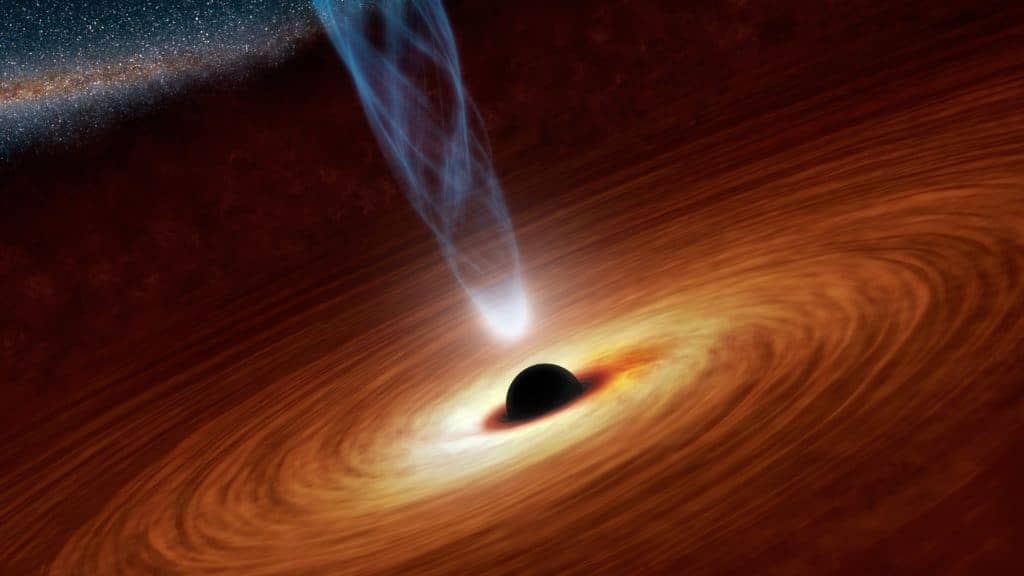 A team led by Perimeter Faculty member Luis Lehner set out to test the long-held idea that gravity cannot be turbulent – and discovered that it can. “Over the past few years, we have gone from a serious doubt about whether gravity can ever go turbulent, to pretty high confidence that it can,” says Lehner.

We got a glimpse at the unique turbulence that fuels star explosions thanks to computer modelling created by Perimeter computational scientist Erik Schnetter as part of a team roject studying near-light-speed jets that blast from dying stars.

In December, the first evidence of magnetic fields that contribute to the growth of black holes was detected near Sagittarius A*, the black hole at the centre of the Milky Way. The discovery was made using data from the Event Horizon Telescope, and Perimeter Associate Faculty member Avery Broderick says moves the understanding of how black holes grow from speculation towards fact.

An unexpected collaboration was sparked when two researchers working two floors apart at Perimeter discovered they were tackling the same problem from different angles. The result was a series of papers that show entanglement entropy at the corner regions of strongly correlated lattices can act as a universal link between vastly different systems – and may soon provide a tool to compare theories of different types.

The Physics World Converges at Perimeter

Finding innovative paths forward became a huge focus at Perimeter in 2015 as the Institute hosted Convergence, a gathering of 250 theorists and experimentalists that also served as Perimeter’s first alumni reunion.

As Ian O’Neill of Discovery News, host of the closing panel, so eloquently put it: “I’ve never come across a group of people so excited about not knowing something.”

The result was a palpable feeling of enthusiasm from researchers, and an eagerness to continue exploring the ideas raised at Convergence. You can watch all of the talks, read the blog, and check out Q&As with some of the attendees.

Few awards, though, are bigger than the Nobel Prize, and Perimeter was thrilled when Perimeter Board Member Art McDonald was awarded this year’s Nobel in Physics for leading the SNOLAB experiment that discovered neutrino oscillations and showed that neutrinos have mass. He shared the award with Takaaki Kajita, who led the Super-Kamiokande experiment in Japan.

Weeks later, McDonald capped off an exceptional year by winning the $3 million Breakthrough Prize in Fundamental Physics, sharing the award with five other teams.

As summer reached its zenith, Perimeter sent 40 high school teachers to the dollar store, and 40 high school students deep underground, in a bid to share some thrilling science with the next generation of big thinkers. The high school students came from around the world to attend the International Summer School for Young Physicists, which included a visit to the subterranean SNOLAB. The educators came up with some fantastic (and frugal) classroom lessons during the annual EinsteinPlus workshop.

This year was also the 150th anniversary of Maxwell’s equations, which describe how electric and magnetic fields are generated and altered by each other and by charges and currents. In his Perimeter Public Lecture in September, Perimeter Director Neil Turok described the equations as “the greatest discovery in physics of all time.” It was, in essence, the work that started the ball rolling on modern physics.

“People didn’t even realize there were radio waves before Maxwell’s equations,” Turok said. “This is one of those simple ideas that turn out to have incredible impact and universality. It would be fair to say that, in physics, everything is a wave.”

This year marked the centenary of Albert Einstein’s spectacular explanation of the law of gravity, the theory of general relativity, as well as the centenary of Emmy Noether’s development of her groundbreaking theorems, which mathematically tie symmetries in nature to conservation laws. These bold and brilliant works continue to underpin much of theoretical physics.

Check out Perimeter’s Slice of PI: General Relativity from A to Z.